4 Essential Things You Need to be a Successful Music Producer

Who doesn’t want to be a Successful Music Producer? We all know in order to be a successful music producer, it is not only important to make great music and keep it in your bedroom. You need some skills that will make you grow other than from the music field.

Being a great music producer isn’t only about making music, but it requires various skills that can be anything like – Video Editing, Making Connections, etc. So keep in mind that becoming famous is not a ONE-DAY work, but requires days of hard work. And with the time, energy and thoughtfulness start crawling down. New producers don’t feel like working more.

And it’s quite normal. Imagine, you’ve been working on something continuously day and night to achieve that. But in the end, you found out that the goal you’ve been chasing isn’t coming any closer to you. How will you feel? In the same way, many young and new producers somehow start producing with a motivated mind. But soon as they don’t get any positive pattern, the only option with which they are left behind is to quit.

So, you don’t quit, I brought to you 4 things that you need to know on how to be a successful music producer. Read the whole article thoroughly and I’m sure you will be motivated all again after this. so without wasting any time, let’s start…

The first and the most important thing you need in order to be a successful music producer is Knowledge. Not only in the music industry, but you also require it in every field you wish to work on. Without the knowledge, you won’t be able to achieve anything.

They all say, “Knowledge is Power” and that’s true. Because if you have the knowledge, there will be no one to come in front of you for the competition. And here in this competitive field, yes, knowledge is the most necessary partner to back you up.

The music producer is a work of being alone, and being alone means you have to be everything. From making music to distributing it to the whole world, you need to work for that all alone. In the process, you need to have knowledge of Marketing, Music Producing, Networking, Managing time, strategy to get signed by a label, and many more other

YES!!! It is difficult to get success in the music industry. Does that stop you? Don’t you already know that it is difficult to be a successful music producer? But you are still here which means you want to do it. You want to make the thing happen. And guess what? By just clearing the goal, you already outnumbered thousands of people behind. You have fewer people to compete with now. The ease in competition comes with keep on doing the work without thinking of going back.

Let me tell you one thing… The hard work they say is nothing but just the regular work that you love to do. If you ever hear from someone saying it’s very difficult to make in the music industry, just tell them what do they know about it. People who cannot achieve something, begin to make assumptions about that work being impossible to achieve.

But here you have all the knowledge of the field, from making music to getting every step that you’ve thought of. Every artist has their own journey that will be different from others. So don’t be discouraged when you hear the term IMPOSSIBLE, but embrace it and work to leave that impossible thing behind.

“Persistence is the key to Success”

This is the saying we all would have heard somewhere. And it says that yes, It is important to keep on doing the things until you achieve it one day. But if we focus more on this, the things said here are worth giving time in order to understand it even deeper. So let me break this quote from a music producer’s POV.

There was my friend named Jay. He was very good with music-making. He had all the talent for creating great music and a dream of becoming a successful Music Producer one day. So he started working on that. He opened his own youtube channel and started uploading original music on the platform. In the beginning, he always thought his song will go Viral on its own at the beginning itself. He was so confident, but when he started uploading the songs, the views he received were not up to his mark.

We all know how much time does it take to make music. Isn’t it? Everyone will feel frustrated if they don’t see the result they are working for. So he decided to stop and use his time somewhere else from where he could earn the real money.

But somewhere music was there in him, so he decided to start again. But this time he thought of learning the marketing of his song first. And then started his journey again. This time he didn’t use all his time on producing music. Instead, made a timetable for the day. That taught him the skill called Time Management.

Now without getting bored of his work, he was able to continue his music for a long time until a day when he was recognized by a label and is finally happy with his hard work and the long time he put on producing music.

You may have sometimes heard that any random Artist got famous overnight. Or his/her debut song got viral. Yes, that’s called Luck. It works in a way that no one has understood yet, but when it does, you get everything you dreamt of till now.

But there’s no need to feel bad thinking if you will be lucky enough one day. The luck others got may seem easy for you, but for them, it wasn’t. They also have spent lots of days and nights making and praying for their music to be heard by many. Before they got the luck, everything to them was just the same as you are feeling right now.

So instead of getting jealous or feeling demotivated, pray for your success and work for it.

Working hard to become a successful music producer can be sometimes difficult and non-achievable, but it doesn’t mean you need to stop making music. And as people say, it isn’t that difficult. But if you want to keep your workload tension-free, you must have another alternate work that could give you hope. And could take you away from the burden of chasing the only dream.

So finishing the blog, it’s time for us to say Goodbye… Hope you have a wonderful career. 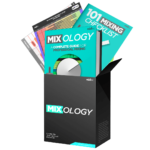